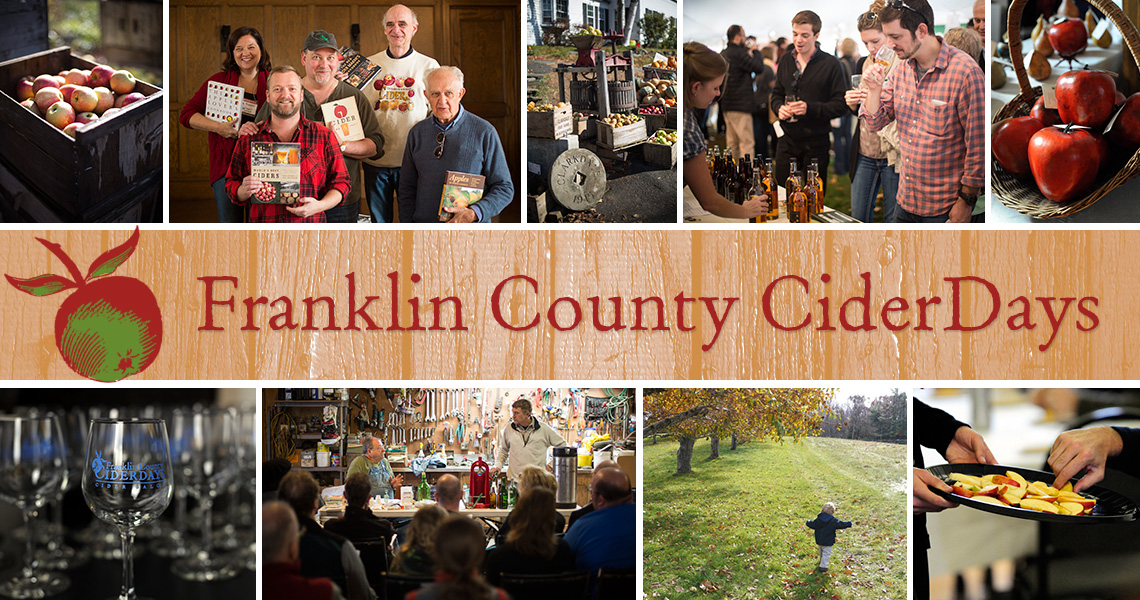 Cider is the traditional drink of New England. Apples have long been the main-stay fruit and hard cider — apple's drink — has deep and strong roots here.

In the past, 'cider' meant 'hard cider.' It was on the table with meals in towns and in farm cottages. Presidents and farm hands drank it. Cider was bartered, traded, and sold. Orchardists looked for apple varieties suited for cider. The apples were then pressed in the neighborhood, put in casks, and brought to the cellar to ferment and age.

The hard cider tradition of the Franklin County hills (and beyond, throughout America) — part of an on-the-land, subsistence economy — declined with the changes of the 1900's. The number of gallons of local hard cider decreased as the century continued, made only by savvy farmers and orchardists with apples, skill, and memory. Hard cider had become mostly a remembrance of other times (The Past), other places (England, France, Spain). Yet some nearby still said: "Great Apples, Great Cider."

The idea for the original CiderDay was hatched in 1994. Paul Correnty had written a book entitled The Art of Cidermaking. His inimitable delivery comes across in his writing style, but he was by no means a photographer. Brewers Publications knew of Charlie Olchowski’s photojournalistic skills and location in New England apple country and engaged him to provide images for the book. When the book was released, a simple book signing seemed too ordinary, so Charlie and Paul came up with the idea of a tour of some of the orchards featured in the book. They approached Terry and Judith Maloney of West County Cider and voilá, CiderDay began with Clarkdale Fruit Farms, Greenwood Farm, Pine Hill Orchards, and West County Cider as the venues for the day. The event culminated with a bring-your-own tasting at the Maloney’s sampling room in Colrain.

By today’s standards the first CiderDay was a small event. It has evolved to celebrating the apple in all of its forms and providing sessions on every aspect of apple usage. Now called CiderDays and produced by the Franklin County Chamber of Commerce, it is a multi-day event which will celebrate its 27th Anniversary in 2021. The event is always held on the first weekend of November, when even the late-bearing cider apples have been picked.

The CiderDays event seemed a way to encourage the past hilltown cider-making traditions and to sustain the nearby orchards, giving fermenters a chance to meet, talk, taste, and buy fresh-pressed, varietals and unadulterated ciders. Apples are pressed and the cider put into separate barrels, so those with carboys (or their own barrels) can create their own varietal mix.

CiderDays features a full program of workshops and tastings at the Shelburne Buckland Community Center, the Deerfield Community Center, Unity Park in Turners Falls, and orchards and cider mills throughout the county, uniting professional cider makers, interested tasters, novices and zealots. There are two sessions of the Saturday Cider Salon, the oldest hard cider tasting event in the United States .

Each orchard and producer is a different apple cider world. Each is small and interesting, each one of the jewels of Franklin County. Area restaurants feature apple/cider recipes.

CiderDays brings together those inspired by the apple, its cider, its past. They are all part of the cider-making family—sharing the ingrained New England habit of using what is, of celebrating the apple, the power of fermentation and the land.

Cider is a World Wide Tradition

In the United States, the cider tradition is being renewed. Cider can be found on tap, in six packs, and in wine bottles. Cider is flowing from large scale producers as well as the cellars on New England farms. It is made from generic apple concentrate as well as carefully selected fruit from varieties grown especially for cider. It can provide cool fruity refreshment on a hot afternoon, or complement fine food.

Cider is Not Wine and it is Not Beer

Like wine it is fermented from fruit and can capture the complex flavors of fruit. Like beer, cider has under six or seven percent alcohol and tastes best with some sparkle. It is different from both: a unique beverage. Because of the lower alcohol it is much less intense than wine. To expect the mouth feel of wine when tasting cider ends in disappointment. The smooth taste of grain based beer is contradicted by the aggressive tang of the apple based cider.

What are the Characteristics of a Good Cider?

In Spain, France and England they will tell you with certainty and pour a glass of their local cider to demonstrate. The tastes are wildly different. The only clear guide is that there are different styles and traditions with new ones emerging.

There is the same variety in the making of cider. The scale ranges from an orchardist with a cellar full of barrels to large scale production facilities. The technology ranges from medieval to Victorian to state of the art. Underlying this is the same dictum that winemakers use: it takes good fruit to make good cider. The future in this country is exciting as both orchard-based artisans and large-scale producers experiment with new technique, and orchardists plant traditional and newly developed varieties.

Read about the birth of the modern craft cider movement here.

CiderDays is produced by the Franklin County Chamber of Commerce 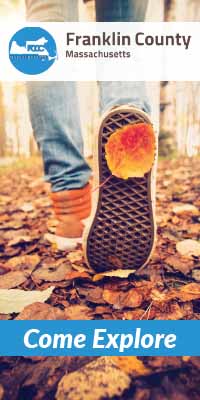 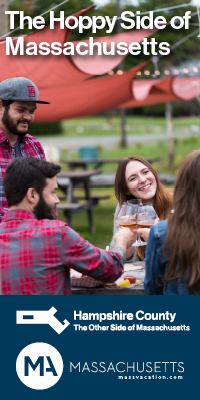 Some photographs on this site were taken by Bill Bradshaw, billbradshaw.co.uk, and Beth Reynolds, Base Camp Photo